In the Indies social classes were based on the origins and place of birth. It could be considered as a caste system with different rules. Since indians, blacks and europeans intermingled new groups appeared. Spaniards occuppied the better positions while the African slaves had the lowest status. Although it could be considered racist nowdays the whiter you were, the higher was your social status.

The criollos were white people born in the Indies. They made their living on trade and descended from the Spanish colonists. This fact made them to consider to have the same rights as the Spaniards. However, their rights were limited: 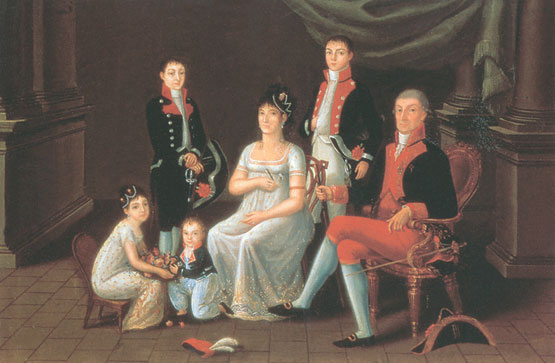 Criollos felt they were treated unfairly. Therefore during the 18th century they complained about their condition and rebelled against the Spanish authorities. All the uprisings were suppressed but criollos disliked the political system and in early 19th century they  played an important role in the Wars of Independence.