The most important Enlightenment thinkers were:

English philosopher who thought people were reasonable (though still selfish) and had the natural rights to life, liberty, and property. He thought the purpose of government is to protect these natural rights. On the other hand, Locke considered government power comes from the consent of people.

He was a French philosopher and writer as well as a prominent figure during the Enlightenment; he is best known for serving as co-founder and contributor to the Encyclopedia with d´Alembert.

He was a French mathematician, but he is best known for being the co-founder of the Encyclopedia . He also formulated a solution for the wave equation. 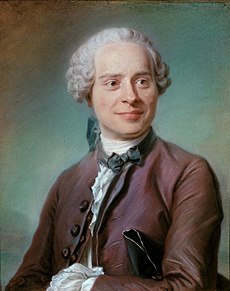 Voltaire wrote more than 70 books of political essays, philosophy, and drama. He used satire against his enemies, especially the clergy. He believed in:

One of his most famous quotations was : “I do not agree with a word you say but will defend to the death your right to say it.”

Mostesquier was  a French lawyer and political philosopher who believed Britain was the best-governed and most politically balanced country of his own day.

He proposed the “separation of powers” between executive, legislative, and judicial branches of government as well as the “checks and balances.”

Rousseau was a French philosopher supporter for individual rights. He believed man was born free and good but easily corrupted. According to Rousseau´s point of view, the only good government was the “general will” or direct democracy.