The First World War started in Europe in 1914. The battle field covered a large extension of land so it was also named the Great War. Contenders were organized in two alliances: B) CAUSES OF THE CONFLICT

Long term causes were based in the tensions existing in Europe before 1914 and we can group them into:

1)  Territorial based French claims over Alsace and Lorrain taken by Germany after the battle of Sedan or the disputes between Austria and Italy about Istria and Trento.

2)  Nationalistic such the Austro – Hungarian and the Ottoman Empires fought in the Balkan Wars in 1912-1913. 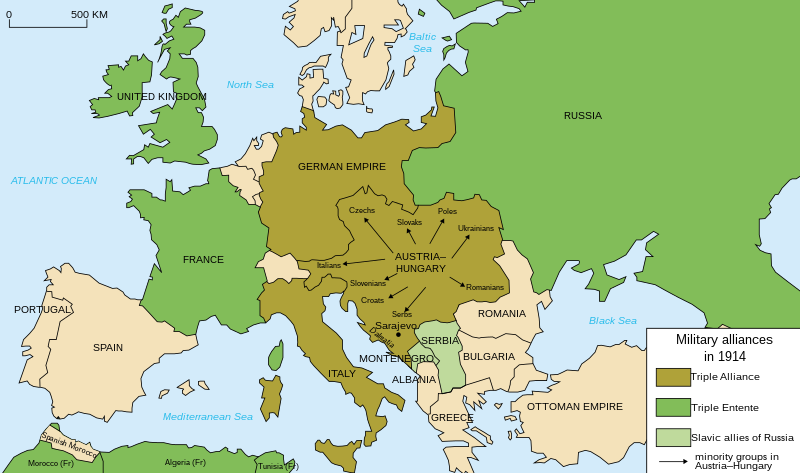 3)  Colonial rivalries for the control of certain territories

Short term or immediate cause of the conflict was the assassination of the Archduke Franz Ferdinand, heir of the Austro – Hungarian Empire in Sarajevo by a Serbian student who got support from Russia. This event started the system of alliances 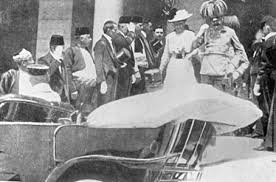